Earlier this month, Brittnee Garza produced a film titled, "The Little Things" for the Playhouse West 120 Hour Film Festival 2020. She and her team had exactly 5 days from Feb 6th-11th to create, write, cast, shoot, and edit a short film with the theme of "Love."

The Film Festival Screening was held on Feb 15th, 2020. "The Little Things" was awarded "Best Short Film" and also received nominations for Best Actor (Samuel Selman) and Best Actress (Brittnee Garza). The cast & crew would like to thank Wolfgang Bodison and Playhouse West for the opportunity to participate in the festival, and for the honor of this recognition.

"The Little Things" is centered around a couple experiencing tension and an awkwardly silent breakfast table. The audience gets to experience what each person would say out loud, if only they were to truthfully speak their minds...

The concept was a collaborative effort among the entire team. The screenplay was written by Aneiszka Sea who also co-directed alongside cinematographer Heather Fipps. The film stars Brittnee Garza and Samuel Selman, featuring Erick Pech and Vincente Garcia as well. Other members of the film team & crew include Jessie Eveland, Guy Fairon, Cameron Glassford, & Mary Tamura.

"The Little Things" will screen at the official Playhouse West Film Festival in 2021, and will be available to watch online soon! In the meantime, check out the full cast & crew on IMDb here. 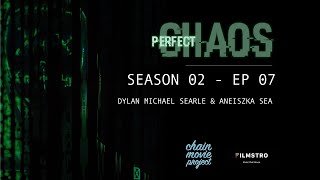